SCIENCE FICTION ALONG THE LINES OF SAMUEL RDELANEY'S INFAMOUS: 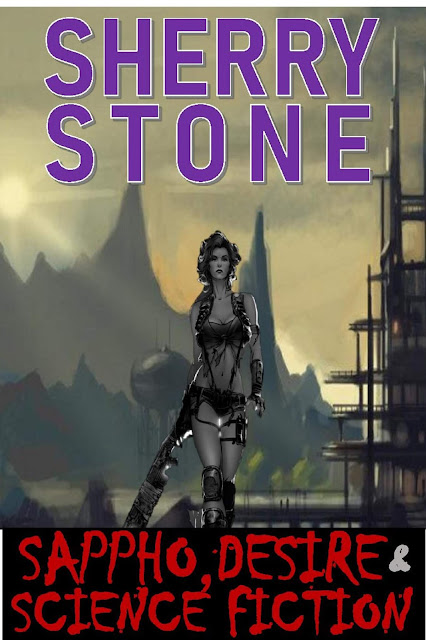 Red Phantasy Four: Finds Ginger and her sister Leddy, coerced into a genetic experiment where the gender boundaries are bent beyond recognition. The two sisters each travel their mind-altering journey alone, where reality and illusion are blurred beyond recognition. And lesbian sex, seems to be the only sexual outlet.

Scarlet's Saga: Set in a post-apocalyptic time, and life is quick and deadly. Scarlet provides for herself and her sexy android, by scavenging the scraps of old structures, equipment and relics from the previous world and sell what she can to pay for her creature comforts.

Squashing the Leaden Worm:Ricardo has bullied his beautiful wife since before they were married. With the patience of Job, Flame has tolerated his cruel nature, until she gets a gift, in the form of a state-of-the-art Virtual Reality mental manipulator, laid right in her lap. A gift that will subdue the bully and put Flame in the driver's seat in their relationships.

Finally: Invasion from Garnett Minor; A seemingly passive invasion by the inhabitants of an advanced civilization arrive on one of the habitable moons of Jupiter. Rusty is privy to a startling revelation by the aliens, that there are three genders in their world, and that they plan on modifying the genetic makeup of the current humanoid population to rebuilt their own dwindling race.


Cerise and the Red Skulls: Cerise takes on Dr. Bloodshot Burgundy and alien invader. Along with her army of Ashenites, the race of alien vampires have all but subdued the world. That is until the half human, half vampire Cerise, arrives at the command central of the invaders. A battle for galactic supremacy follows and both combatants lose more than blood.

lease feel free to email me at: mailto:stonesherry19@gmail.com
I really appreciate you reading my book! Please, if you have time, review my book.