A space ship sent to investigate an nuclear explosion in a distant part of the galaxy is surprised by what they discover on the planet. 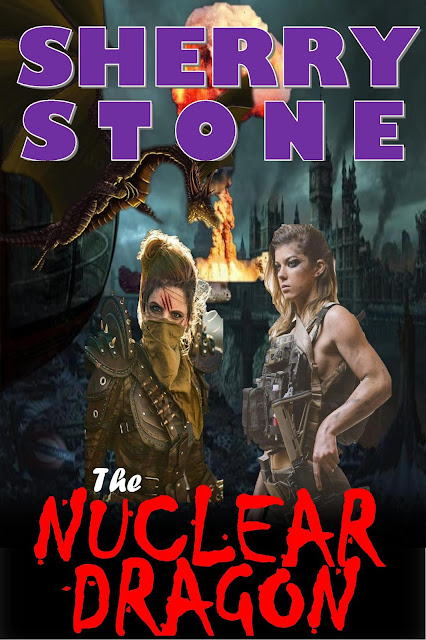 Space travelers, investigating the source of a nuclear explosion, have been shot from the sky by a weapon on the planet below. The damages to the ship forces the crew to land for repairs and learn what the source of the attack could be, since the planet seems to be a burned out cinder.

The leader of the expedition is mortally wounded in the attack and the senior crew are left with several problems. To find out who or what shot at them and determine who will command the return trip back to their planet after the disabled ship is repaired.

Aurea and Cyreus are the two highest ranking female members of the crew and they lead a team to explore the area where the disabling shot, came from. During the journey to the weapon site, the two women get caught up in a romantic episode. Each thinking the other wants to command the ship, neither’s motives are clear.

The team arrives at the source of the attack, and the team finds a treasure of unimaginable value hidden with a cache of records and images and historical information about the planet. The crew believes the information will give them an idea as to the reason behind the destruction of the planet and its inhabitants.

When the deadly weapon is examined they discover a possible weakness and realize the weapon will need to be permanently disabled if they are to leave the planet. So, they set about to do just that.

The task complete, Cyreus now the leader, the ship lifts off from the planet, satisfied that the balance of the treasure can be recovered with another expedition to the planet. Knowing that the weapon has been finally neutralized. Or has it?