TWO GREAT TALES OF SCI-FI AND EROTICA FOR THE WEEKEND 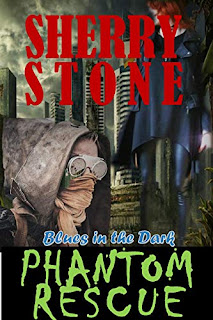 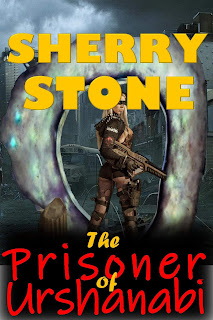 CLICK THE LINK BELOW TO PURCHASE TWO GREAT STORIES
amazon.com/author/sherrystone
Prisoner of Urshanabi: Gilgamesh Agga (Gill) is a prisoner of war, captured by the hated Urshanabi and forced to compete in gladiatorial sex fights

Gilgamesh or Gill to her friends, is a warrior in the Akkadian military. During a very bloody battle, she is severely wounded and rendered unconscious, and latter captured by the enemy.

The Urshanabi, a more scientificly advanced race, repair all the damages to Gilgamesh and she is given a caretaker to look after her needs. But she learns that all this kindness comes with a price. She is a prisoner of war and is being rehabilitated to compete in a gladiatorial style combat.

The combat, her new owner explains, is extreme sex fighting. against many different species, and genders. The rules are constructed, not with the needs of the combatants in mind but of the enjoyment of the crowds that throng to the arena to watch the lascivious battles.

Gilgamesh befriends several of her fellow captives, Enkidu, or Enki, is one such friend, a plasma elf with the power of mind control, and a confirmed lesbian. The two become close and help each other during their captivity.

Both women, excel at the combat games and are victorious over both male and female contestants. But the games run the risk of causing the combatants to become 'jaded' in their sexual appetites and special bio devices are implanted in the prisoners to insure they are always alert and aroused on command.

Phantom Rescue - Blues in the Dark: Nufud is rescued by Atreides, during a galactic war, and provided with care. Atreides falls in love with Nufud, but it's not reciprocated.

It's a time when Earth spins empty like a burned out cinder, the inhabitants long ago having moved to a safer haven. The Paedos, as they now call themselves are intolerant of any other species that inhabit the planets they colonize. As so the entire galaxy is in a state of war, initiated by the form humans from Earth.

Atreides, a young girl living on Paedo, rescues an alien female, Nufud, a crime among the people of Paedo. During the time Nufud recuperates, Atreides falls in love with her alien patient. Ironically, Nufud spurns Atreides' affection, because she is in a long state of mourning for her dead wife Annis.

The tension between the two women boils over and Nufud, makes it clear she wants nothing to do with Atreides and never will. But, Atreides is persistent and Nufud succumbs to her romantic treatment.

Just when life seems to be on the right course, for the two lover, War rears its ugly head and the future for both women takes a devastating turn.

I really appreciate you reading my book! Please, if you have time, review my book. We writer’s live for reviews