It happened, in a far away galaxy, on the planet Rassilon...

THE RUPTURE OF THE RASSILON
FRAME.

In a distant galaxy, on the planet Rassilon, Tenza and Maren two teenage girls, are just discovering lesbian sex. They are addicted to the pleasure each brings to the other.

Click here to purchase - The Rupture of the Rassilon Frame 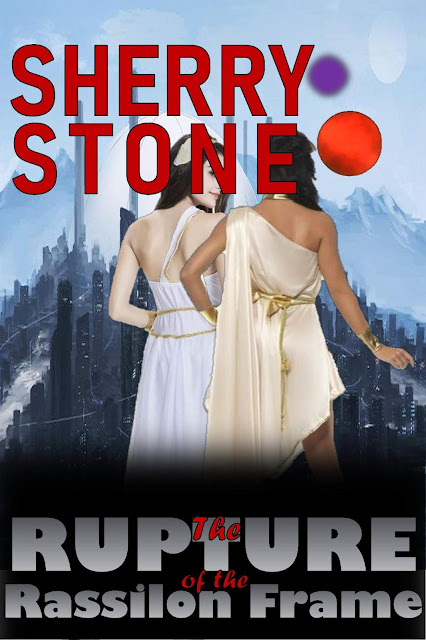 Tenza and her best friend Maren, are teenagers that have just discovered girl- girl sex. They live on a distant planet, Rassilon in a far off galaxy.

Their alien world is focused on mostly cerebral activities, but the teens get diverted from that and take delight in the exploration of each other's bodies. A delight they take advantage of almost daily, outside the crystal domed city they live in.

The lesbian activity, however, has an impact on both of them, coming in the form of dreams. Dreams that at first make no sense to them. But when they share them with each other, they discover they have each had the same dream.

And that there seems to be a message in the dreams. Given to them by two older women, women that seem strangely familiar to the girls. Like older versions of themselves.

The experience of the dreams, pushes the two to further exploration, and experimentation. Finding that each other's bodies are surging with untapped lust just waiting for someone to hit the right spot, explore the correct orifice, or taste the proper bodily fluids.