THE END OF THE WORLD AS WE KNOW IT?

A mysterious Asteroid, nicknamed Death Star, is in entering Earth's solar system and discovered by an obscure scientist. His predictions of what this means are ignored... 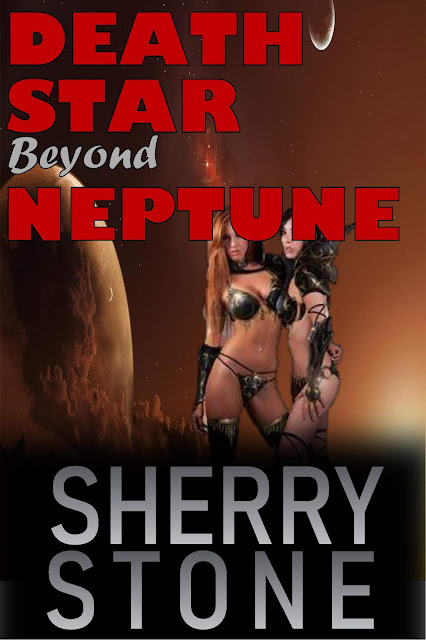 Cote awakens in the spring of 2069, and discovers she is alone. Her town, her province her country are all without life, except her. She remembers, before going to sleep, the impending disaster of the gigantic asteroid, named the Death Star had been the current crisis the world was dealing with. Everyone dying seems to be the result.

She resigns herself to a life alone, in St. John, Newfoundland, and at first enjoys her freedom, to act as she pleases. But soon loneliness creeps into her life. and her plight becomes something to worry about. Is she the only living person on earth? Fresh water and food are not a problem as the crisis had no impact on that. Human companionship is the issue.

A month into her solitude Cote is shocked to hear the voice of another female, complimenting Cote as Cote is dancing by herself to take her mind off her predicament. The other girl is Emily and she is absolutely beautiful, and the lesbian in Cote see opportunity is the situation. That is until she learns that Emily is straight as an arrow and has never had a lesbian thought.

Their future together, both realize, has a lot of work, and eventually Cote wins Emily's affections. But all around them the final aftershocks of the Asteroids effects are changing the world little by little. Newfoundland has turned into a near tropical climate and the need for clothing disappears, causing the two women, frolic nude which leads to an elevated libido nearly all the time.

The women continue their lives, in this new tropical paradise, even the aftershocks end and, as mysteriously as the crisis began, so too did Zara, a lost female sailor. She arrives at Cote and Emily's door. With her arrival, both women learn that not only has Newfoundland changed but the entire Solar System as well.

The age old questions of, global warming, alien life and the fate of the once lethal Death Star, are answered. All in the arrival of Zara and news from the outside world.