WHAT WOULD EARTH  BE LIKE POPULATED ONLY WITH WOMEN?

Earth is now in a situation where all males have been killed. The surviving women use mechanical Actroids with artificial intelligence to defend them while they move underground... 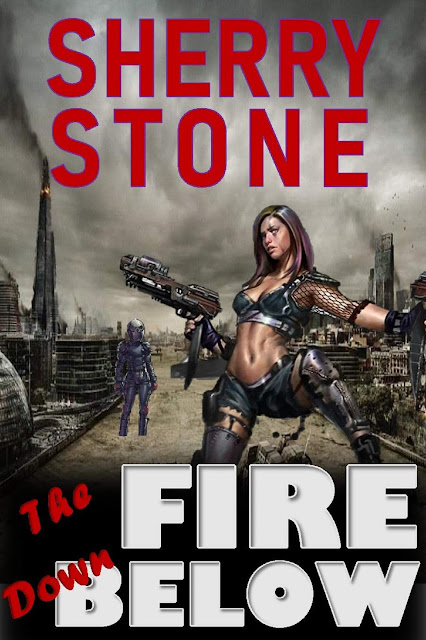 The centuries dreaded nuclear holocaust actually  happened ten years before. All the male population of the earth had perished due to a diabolical chemical weapon, leaving the world to be run by women.

Retreating underground, the female survivors left the Earth War to be conducted by AI protectors. Each side, NATO forces, and Jihadists, were forced into the same situation. For a decade, the war continued, and in spite of the increased weapon production from below the surface, even getting worse.

The underground world was kept informed by video communication from the AI called Actroids, of the war developments. Information from the surface had forced the women into a new family structure, constructed around a lesbian lifestyle, until the precious contents from the secure sperm banks, allowed them to repopulate through artificial insemination.

Cam Connor and Anne her partner are part of the NATO resistance underground, and they have settled into a very stable lesbian relationship. A relationship that hits a bump in the road,  when Cam, a government weapons technician is ordered to leave Anne and join a military team that is going to the earth surface, risking life and limb, even in the lead lined suits they wear.

When they arrive on the surface unannounced, the Actroids are at first shocked, then annoyed the women have taken such a dangerous move. They urge them to return to the subterranean world and let the Actroids do they job. The Actroid actions seem as though they are hiding something.

Returning from  the trip to the surface Cam is confident  that everything up there on the Earth’s surface is not really  as it seems, and puts together a plan to explore a bit more to see if their suspicions are true.

Here are my social media coordinates:
Email me at:
Mailto:stonesherry19@gmail.com
Favorite my author page:
amazon.com/author/sherrystone
Subscribe to my Blog:
https://sherrystone68.blogspot.com/
I really appreciate you reading my book! Please, if you have time, review my book. We writer's live for reviews