A change in theme in this release. It deals with Alien Abduction and Time Travel. The hero is a guy and he has numerous encounters with females. There is some lesbian erotica, but the theme works better in a heterosexual setting. I hope you like it. Rest assured this author is not abandoning lesbian erotica by any means.  Just a change of pace.

Sam was born with the alien ability to jump through time. He can jump planets, times and change persona. But he can't control when it happens. 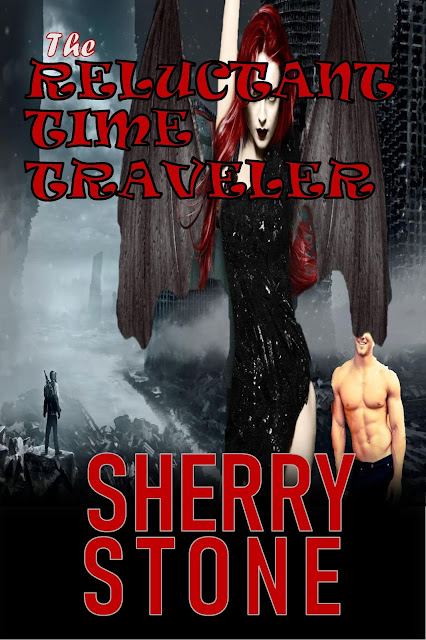 Sam has a rare, and unbelievable ability to travel through time. He can actually do it, but most professionals in the medical and physics field, think he's a crackpot. But he is not.

There are times that he feels he has a target on his back as he is pursued by intergalactic alien females looking for his male services and more than once he escaped by the skin of his teeth. Only the fortuitous time jumps have rescued him from certain demise.

Sam's biggest event as a result of his rare ability is how he met his wife, when she was eighteen, and he was thirty six. Year's later they married but, his wife Joann remembers his visits to her youth, but he has no recollection of those visits.

She tell him about the lewd and raucous times she, an eighteen year old had with the thirty six year old, when he came to visit. This troubles Sam because of his scruples about the age difference thinks it’s wrong, especially when they first were intimate.

As a result, Sam decides to rectify this, the next time he makes a jump to the past, when Joann was a teenager, and stop the initial intimacy, and wait the fifteen year for her to attain a comparable age to Sam.