American Doreen is travelling Europe and is given the name of a hotel in Paris that caters to lesbians. Unknown to the traveler, the hotel is filled with dark secrets. Then all HELL breaks loose....

Doreen is 'chosen' to be the Messiah of a group of Vampires! 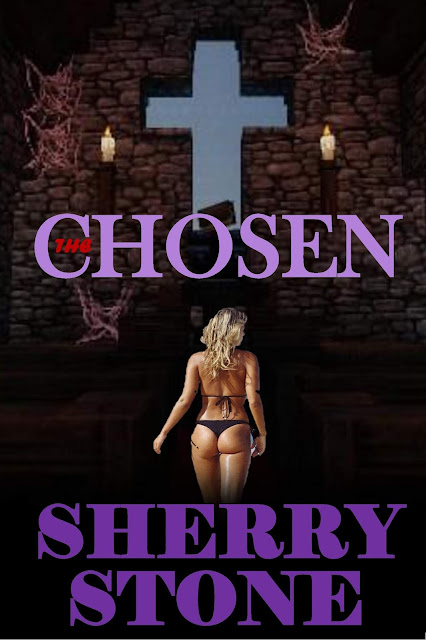 Doreen, an American, is traveling Europe, where she meets Marie in a cafe in The Hague. During their conversation Marie suggests that since Doreen is going to spend time in Paris she should stay at the Hotel Les Bouge.

The hotel is situated in an out of the way alley, off the Rue Madeline and from the outside it is quite ordinary. But once inside Doreen meets Sarah, the gorgeous desk clerk that seems strangely attracted to Doreen. Sarah invites Doreen to a party the hotel is having that evening and Doreen accepts the invitation.

The trip in the elevator down to the basement party is eerily quiet, and on arriving at the bottom floor, Doreen is surprised that she sees no sign of a party anywhere. Checking the time to make sure she isn't early, a mysterious female form steps out of the shadows, and introduces herself to the startled Doreen.

The strange female is named Lily and somehow she knows Doreen's name. Lily offers to accompany Doreen into the party, but Lily tells Doreen she needs to prepare her for the party, and adjusts her outfit before taking her into the party room.

Once at the party, it is not any party Doreen has ever attended, and soon learns that she has been chosen to be the guest of honor and her passion will be tested to the fullest.