Army Vet and Federal Emission Control employee, Shay Case is on an inspection of a mine giving off  strange alien like emissions. The emission renders her unconscious, during her inspection, and she awakens five centuries in the future. 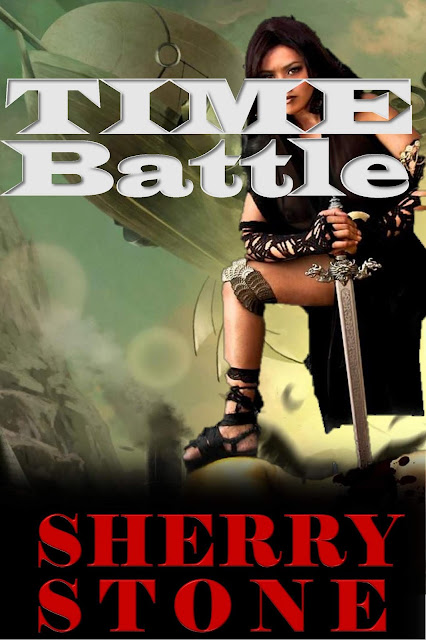 A young army vet, Shay Case, is now working for the Federal Emission Control Commission. Watchdog of poisonous gas emissions in coal mines. She has been called to investigate one such mine near Charleston WV. The emission is quick working and renders the young girl unconscious. When she wakens, she finds herself five centuries into the future.

The world she finds is a Steampunk lover’s dream. The current civilization is tribal in nature, and in some ways, mirrors a lot of ancient Greek mythology. The society is run by females, a nod to the Amazons of legend. But surprisingly, the inhabitants enjoy most of the twenty first century conveniences including air travel, which is used in warfare in this future time. All this due the clever use of steam power, and gears.

Shay accidently comes across a young person caught in an air raid and rushes to their rescue. Afterward Shay learns the young person is a princess, Princess Diire and her mother is the queen, Queen Weena, of one of the villages in the region.

Shay is invited back to the village to meet the tribal leaders and relate her story of life on the twenty first century. Her stay in the village exposes Shay to a number of cultural eccentricities, which Shay accepts without question.

The warring villages, at the request of one of the queens, has challenged the three other ruling queens to a final reckoning, the four will fight to the death. The survivor will be the supreme leader of all the villages thus enabling them to put an end to the senseless killing and petty squabbles.

Shay has been asked to go along with the delegation of Queen Weena's tribe, such an honor is only bestowed on brave warriors, and during her time with Queen Weena Shay had demonstrated her courage and battle skills.

The once simple solution becomes a major catastrophe, when Queen Weena is murdered by poison just upon arriving at the site of the royal battle. The situation becomes critical especially for Queen Weena's village and they are forced to use Shay as the Queen’s Champion and hopefully unify the region. But not without a lot of interference from the other three queens.