She thought a trip on the Titanic may have been a better deal after she accepted A TRIP OF A LIFE TIME!

Lena West and her daughter Erin win a trip to Titania, one of the moons of Uranus. It's a trip of a life time.

Click here to purchase - A Trip of a Life Time 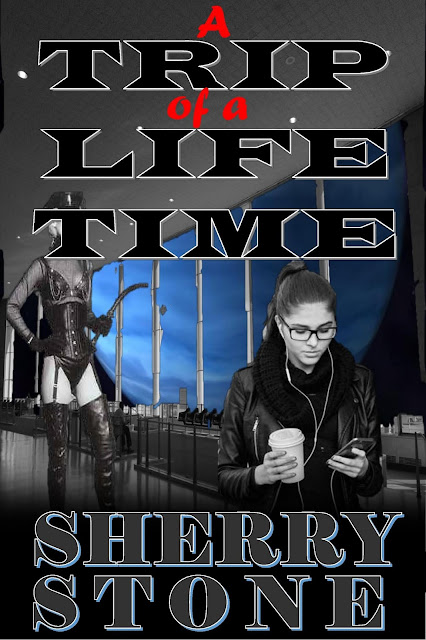 Lena West is a pillar of her community. City Council member, on the board of her church and an all-around outstanding citizen. But that is a lie. She cheats on her husband and neglects her daughter.

Even such people as Lena have good luck once in a while and she and her daughter have won a fantastic voyage to the edge of the Solar System to Titania, a moon of Uranus. It is a world known for its tourism and safe environment.

Lena is hesitant at first; fearing it's a scam but Erin her daughter persuades her to give it a try since it is a trip of a life time. The trip at light speed takes almost three hours and both women take a nap during the trip. While the flight was smooth Lena has a disturbing dream during her nap on her voyage to Uranus.

Once Lena and Erin reach Titania, they get caught up in the typical customs lines and Lena soon becomes frustrated and decides to take matters into her own hands. Leaving Erin in the customs line away goes Lena. Little does either women know that it may be the last time they see each other.