A Collection of Dreams and Fantasies 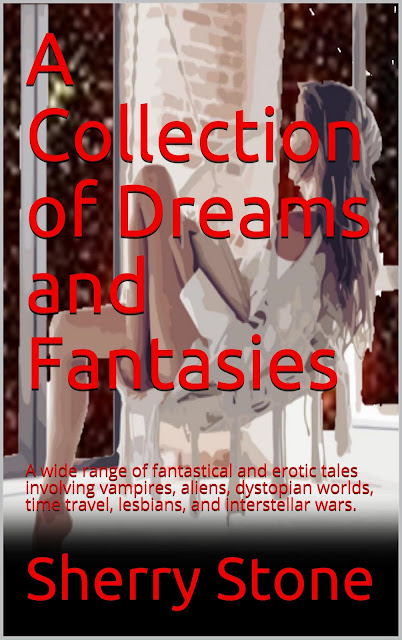 The Fourteen Story collection is some of the previously released Science Fiction and Fantasy lesbian Erotica:

Here are my social media coordinates:
Email me at:
Mailto:stonesherry19@gmail.com
Favorite my author page:
amazon.com/author/sherrystone
Subscribe to my Blog:
https://sherrystone68.blogspot.com/
I really appreciate you reading my book! Please, if you have time, review my book. We writer's live for reviews
https://www.facebook.com/Sherry-Stone-110005753783818/