Starting July off with a BANG!

A group of military space travelers congregates in a local 'watering hole' to celebrate the life of their former friend and leader. 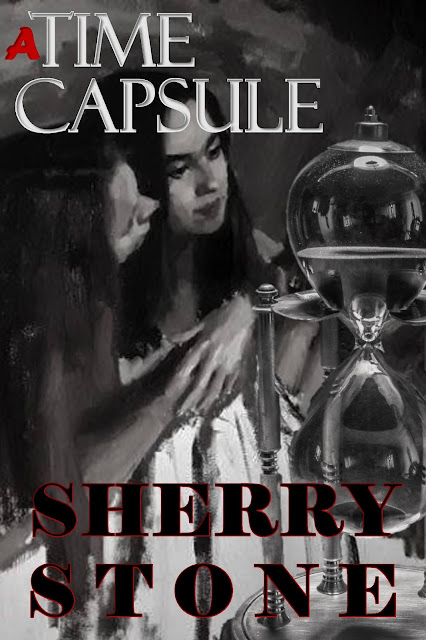 Captain Courtney L. Stone died. The event brought nearly all the officers of the Novarmada that had served with her. They arrived at The League, a favorite hangout for the officers and enlisted alike in that specific military branch.

The officer that had served with her the longest Cmdr. Stacey Layne had taken the initiative to give an upbeat eulogy. Following the emotional speech, everyone all drank and reminisced about their sister in arms and all their personal memories of the Captain. Joining Stacey is Lisa Seaver. her one-time first officer. The years have not eroded their friendship in the least, and the two leave the party together.

Once alone the two eventually end up in each other's arms and a steamy night ensues. Following several climactic joining’s, Stacey remembers she has received a personal holographic message from Stacey's longtime best friend, Magda.

Magda was former Captain also but was in declining health and was forced to remain home in bed missing Stacey's memorial. What she has sent was a time capsule of sorts. Something so personal, so intimate that revealed a part of Stacey's life no one was aware of.

At the end of the message, Lisa and Stacey are flabbergasted and shocked at the Time Capsule’s contents.