Two hundred young women, all strangers to one another, find themselves thrust into a surrealistic nightmare many galaxies from the earth.
PLEASE CLICK HERE TO PURCHASE 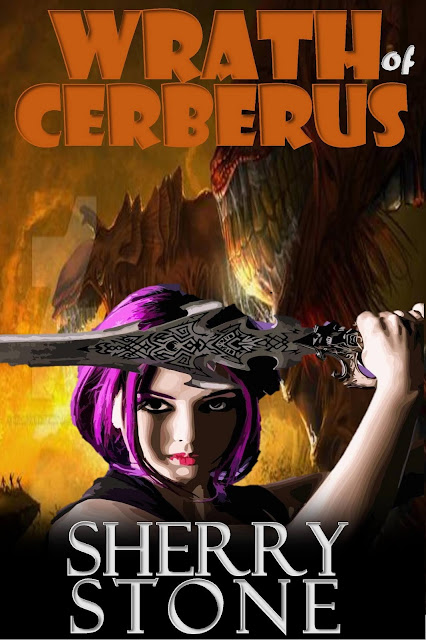 Leigh and Morgan are just two of the several hundred women, mysteriously trapped by the strange holographic figure named Cerberus and thrust into a remotely controlled alien spacecraft and projected at the speed of light toward a distant galaxy.

When they all awaken, the craft is orbiting an Earth-like planet, in the Canis Major Dwarf system. Soon after all have awakened the craft descends to the planet below, and the captives are offloaded to the apparently uninhabited planet. The noxious air on the planet causes the female captives to once again blackout and awaken alone on the planet, and the craft was gone.

Abandoned without food, shelter, the future looks bleak for the women. The appearance of a mounted army of Amazon-like women arrives and provide the refugees with food and shelter as they take them to an unknown destination. To make matters more difficult, the two groups have a language barrier and the captured woman have no idea where they are headed or what their benefactors the Amazon's have planned for them until they reach their destination.

Fate fails to smile on the captive women and the Amazon's sell them into slavery to another militaristic female group. Each captive woman is assigned an owner and duties. Life is humiliating and the women are groped and treated cruelly under their new masters. The tipping point comes when Leigh, one of the captives is molested by one of the slave masters and she pushes back. For her transgression, she is sentenced to scourging to within an inch of her life.

The sadistic treatment causes Leigh to lose consciousness and left to hang in the courtyard of her owners. Her only friend, Morgan is left to care for her and vow revenge whatever it takes.