A beautiful Latina call girl, Isabel, is drawn to a mature Wiccan priestess, Bernadette who is at the time is questioning her own sexual leanings.
PLEASE CLICK HERE TO PURCHASE 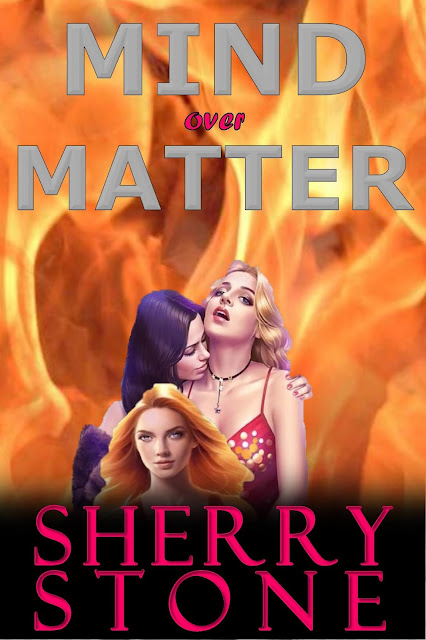 Bernadette and Isabel share the same birth date. The two discovered this sitting in a pub in downtown Cincinnati. They were the winners of an impromptu game to test a theory of probability. Though not the same age and not born in the same year, they were both born on October

30th. They both wondered if the share more than just the same birthday.

Bernadette is a former Wiccan priestess and just shy of her forty eighth birthday, while Isabel is a very beautiful and confident call girl not quite 24. Sharing the same birthdate brought them together, but the two were drawn to each other by some other magic, Isabel could not put her finger on.

The mature witch has discovered she seems to be developing a new power, that would enhance her ESP skills when a sexy teenage neighbor, Jenna, comes to her late at night apparently by Bernadette just thinking about her. The aberration also reinforces in Bernadette’s mind about her bisexuality.

Wanting to confirm the possession of the new found power, the older woman decides to test the theory on Isabel, by returning to the pub where the two women first met. Isabel does appear but is not nearly as impetuous as Bernadette's sexy neighbor and the witch is now doubting her emerging powers. Just when she is about to resign herself to the situation, Isabel asks if she can walk Bernadette home!